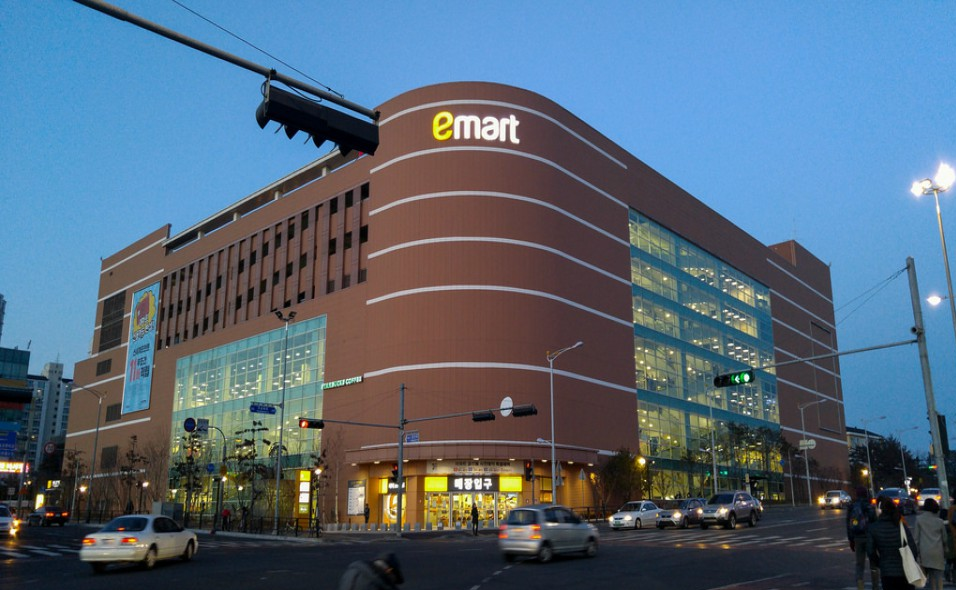 E-Mart will sell the mask for splash (droplet) blocking for the first time among offline stores starting on the 24th.

It is expected that consumers who want to buy this mask will be attracted to this as the mask for splashing is breathable because it is breathable due to the hot weather this month.

According to the distribution industry, E-Mart will begin selling splash masks at 500 won per sheet at 20 stores nationwide starting this afternoon.

The sales volume per store is 100 boxes per day (20 per box), and only one box per person can be purchased.

An official of E-Mart said, “We plan to secure the quantity and expand the sales of masks for blocking bubbles to all stores in the near future.”

The splash-blocking mask sold by E-Mart is a triple structure product including MB filter, and has been approved by the Ministry of Food and Drug Safety.

E-Mart will also sell disposable masks for children, whose demand has skyrocketed since school started.

An official at E-Mart said, “This month, the sales of disposable masks are enjoying a great popularity, which is 80.4% higher than the same period last month.

Lotte Mart is also planning to sell a mask to prevent droplets in stores starting at the end of this month.

An official from Lotte Mart said, “We are preparing for sale from late June to early July.”

Well-Kips, a mask maker, has been selling 200,000 masks per day for 500 won per mask through its own online shopping mall and Naver Store since the 5th of this month.

However, after a few minutes to tens of minutes from the start of the sale, the situation has been repeated.

Even if it starts selling offline, starting with E-Mart on this day, it is unlikely that it will be difficult to purchase a mask to prevent splash for a while, as there is not much quantity.

The convenience store industry is also contacting a number of companies for the sale of anti-splash, but due to insufficient volume, sales in June are expected to be difficult.

Currently, 28 masks have been approved for 56 products, and the total production volume is 400,000 pieces per day.

The government recently plans to increase the production volume to 1 million sheets a day by the end of this month, considering that the mask maker’s public volume ratio has been reduced from more than 60% to less than 50%.

MeMusic completes its seed round raise of $1.1m