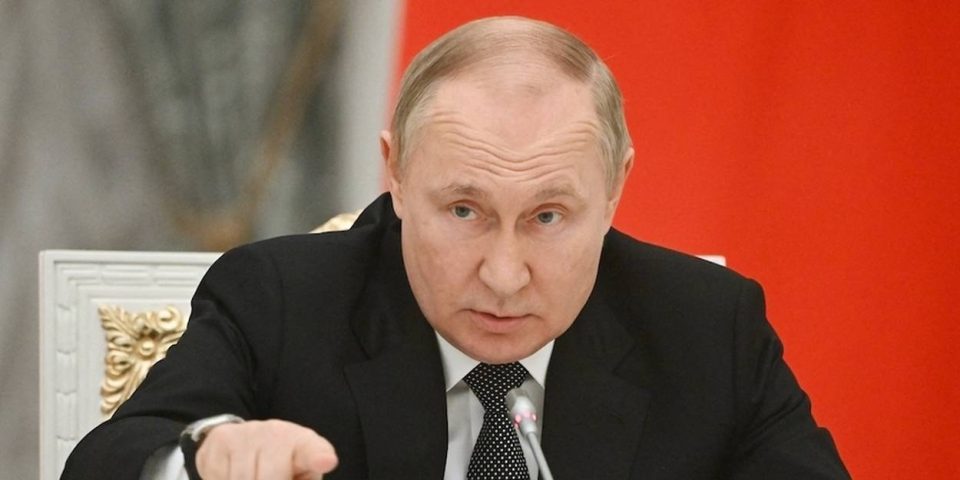 Vthat’s enough to make dad sad. 35-year-old Ekaterina Tikhonova, the younger daughter of Vladimir Putin, is experiencing an idyll with… a Zelensky. Not, of course, with Ukrainian President Volodymyr Zelensky, or even with a distant cousin of the latter, but with a 52-year-old Russian named Igor and a former ballet dancer. A regular on the big stages and who has already performed as a soloist at the Bolshoi Theater, the New York Ballet or La Scala in Milan.

Under the Russian website I Stories and the German magazine Der Spiegel, the two lovebirds reportedly met in 2017 and gave birth to a baby girl the same year. For two years Ekaterina, herself a former acrobatic rock’n’roll dancer, reportedly shuttled between Moscow and Munich, where Igor was directing the Bavarian National Ballet. Tired of her fifty trips paid for at the expense of the Russian state in the company of her three bodyguards, Ekaterina reportedly decided to move to Munich in 2019, the same year Volodymyr Zelensky came to power in Ukraine.

Since then, Putin has had no choice but to hear about his son-in-law with one ear and his worst enemy with the other. And when in the aftermath of the outbreak of the invasion, he castigates the rich exiles, fond of “oysters and foie gras”, “mentally there”, and “not with our people”, it is unknown whether he classifies his daughter’s lover in the category of “national traitors”. Igor, it is true, plays the modest. In the German gazettes, he insists on the simplicity of his stay in Munich: jogging in the park on Monday, preparing Italian dishes on Tuesday and shopping at the market on Thursday.

The war in Ukraine, however, interrupted this quiet life. Ballet officials asked him to leave his post in the absence of condemnation from him of the “special operation”. He preferred to invoke “family worries” and “absolute concentration” that the management of such a company requires. So here is the “son-in-law” Zelensky returned to the fold. In Russia, he should take care of a foundation responsible for the valorization of cultural heritage and funded by the hydrocarbon giant Rosneft.

An ex covered in gold

As for the young Ekaterina, her Bavarian escapades distracted her from a mission assigned to her by her father: to develop a Russian TikTok to better control social networks. At the head of a center called Innopraktika, hosted by Moscow University, she had to develop a technology thanks to the funds allocated by Gazprom. Except that no project has been born. Innopraktika has been vegetating since its creation in 2013 despite generous endowments valued at more than $ 1.7 billion.

TO READ ALSOUkraine: under Russian bombs, in the Donbass

Ekaterina’s love life is accompanied, it is true, by the subsidies allocated by Putin and his relatives. Before falling in love with Igor Zelensky, she had married Kirill Chamalov, the son of Nikolai Chamalov, an old friend of Putin, from his St. Petersburg gang. Gold Kirill was covered with gold in record time. He became the second largest shareholder of the Sibur oil company and, at the age of 32, the youngest billionaire in the country, with an estimated fortune of $ 1.2 billion. Among his possessions, a mansion located in Biarritz, seized in April by the French authorities.

Since the beginning of the war in Ukraine, Ekaterina has been wary of commenting on her father’s decisions. This is not the case with her older sister, 37-year-old Maria Vorontsova, an endocrinologist by training, now the head of Nomeko, a laboratory specializing in the fight against cancer. Maria adheres to her father’s rhetoric. And she makes this known within her Telegram chat group. “We are not the Germans of the 30s. On the contrary, we look like the ones they were targeting […]. No one in the West needs our country to be prosperous and they will continue to do everything to ensure that this does not happen. I would like to know who will be accused if we one day become like in the 90s an appendage of the United States and the European Union and if we no longer have a prosperous economy. »

TO READ ALSOTravel in Russia is prohibited

Maria also lived abroad. She would have stayed in Amsterdam for about fifteen years with her husband at the time, Jorrit Faassen, a Russian-Dutch, also director of Gazprom. The couple were staying in a glitzy two-storey penthouse by the canal.

Since the adoption last month of Western sanctions against Putin’s two daughters, there is no longer a question of tasting the charms of European cities. Ekaterina and Maria stay with their father. And Putin will have to get used to inviting a Zelensky to the family table…

Léolia Jeanjean continues on her way without trembling