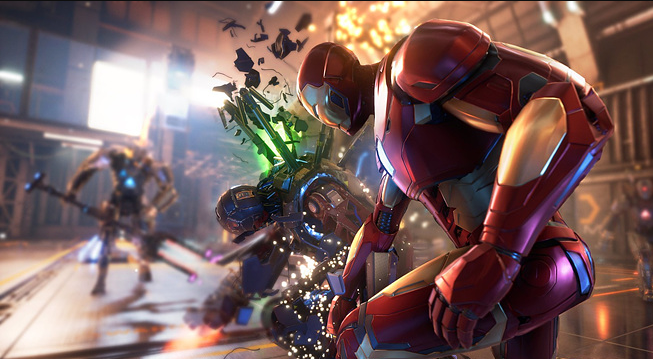 Marvel Avengers, which will be released on September 4, will support the next-generation console free upgrade. If you buy the PS4 and Xbox One versions, you can play the PS5 and Xbox Series X versions at no extra cost. If you want to play on the next generation console, you don’t have to buy the same game again.

Square Enix announced on March 22 that the Marvel Avengers, which it distributes, will support the next-generation free console upgrade. If you buy the PS4 version, you get the PS5, and if you buy the Xbox One version, you can play the game with improved performance without having to buy the game again on the Xbox Series X. The free upgrade supports both digital and packaged versions.

So, if you enjoy Marvel Avengers with the next-generation console, what is the difference from the current generation? In response, Marvel Avengers developer Crystal Dynamics Chief Technology Officer Gary Snethen revealed the details of the PS5 version on the PlayStation blog on the 22nd.

He said that based on the ultra-fast SSD introduced as a representative strength of PS5, he could realize a world with little loading. If an iron man flies over a densely populated area of ​​buildings and architecture, the scenery unfolding beneath it is detailed with high textures far to the horizon.

In addition, the PS5 version aims to support dynamic 4K resolution and 60 frames, and at the discretion of the player, it will also provide options to increase the graphic quality or increase the frame rate. In addition, he said that he is thinking internally about how to use PS5 3D audio and controller dual sense.

The Xbox Series X hasn’t been revealed in detail as to what’s better than the Xbox One version. In response, SquareEnix announced that it will release details of the Xbox series X version, Stadia (Google streaming game service), and PC version later.

Marvel Avengers will be released on PS4, Xbox One, PC, and Stadia on September 4th, and when PS5 and Xbox Series X are released, users who purchase PS4 and Xbox One versions will be able to play the game directly with the next-generation console through free upgrades. Can. In addition, Square Enix will launch an online broadcast on the 24th (based on the US) that introduces new information about the Marvel Avengers.