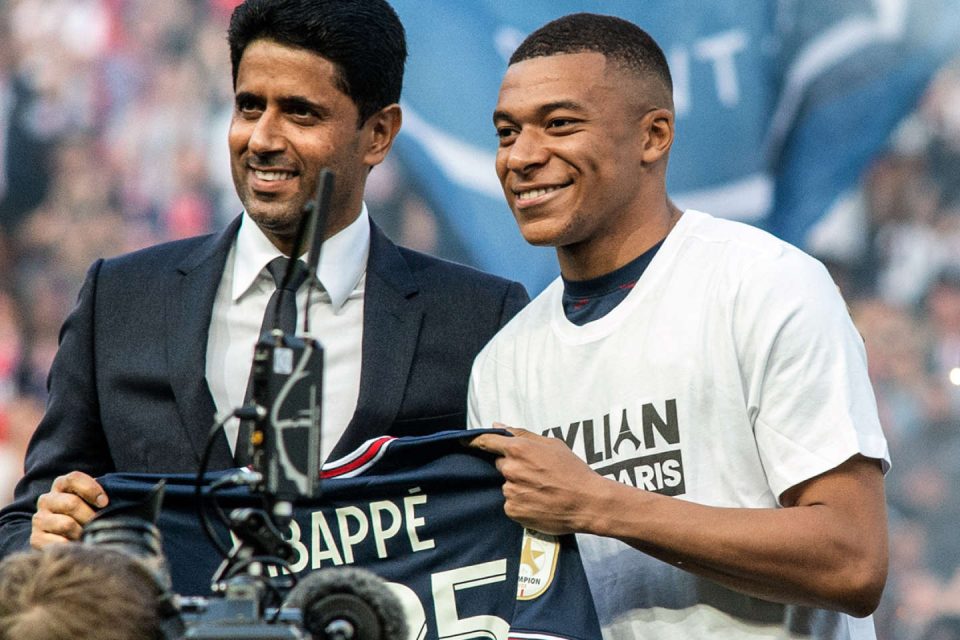 This is perhaps the most resounding non-transfer in French football. Saturday, May 21, Kylian Mbappé, all smiles, made official in front of the public of the Parc des Princes, delighted, the extension of his contract with Paris-Saint-Germain until 2025. After his aborted transfer to Real Madrid in the summer of 2021, the striker was nevertheless announced on the side of the Spanish capital, especially after the elimination, in March, of PSG in the Champions League by Real. Enough to make Madrid supporters furious, accusing the Frenchman of having given in to the Qataris’ tickets. Javier Tebas, the president of the Spanish Football League – one of the richest on the continent – has even said he wants to file a complaint against the Parisian club. According to him, the salary drifts of PSG constitute “a danger for European football”.

2021: in the final of the Nations League, a goal pied de nez

You don’t have to go far back to find another controversy between Kylian Mbappé and Spanish football. On October 10, 2021, in Milan, Italy, France won the Nations League final against Spain (2-1). But the goal of the victory, signed Mbappé, seems tainted by an offside position. Anger and misunderstanding in Madrid. “They are destroying football”, headline, the day after the game, the sports daily Marca. At issue is an abstruse rule – « ridiculous », according to the Spanish press – on which the English referee relied and which allowed the validation of the goal. The Union of European Football Associations (UEFA), organizer of the competition, will subsequently ask the international federation to change the rule, considered contrary to the spirit of the game.

The case seemed bent. After a demonstration against FC Barcelona in the first leg at the Parc des Princes (4-0), Paris-Saint-Germain had opened wide the doors of the quarter-finals of the Champions League. But in the return match, on March 8, 2017 at the Camp Nou, the Catalans offer themselves an incredible remontada (6-1), with two penalties and three goals in the last ten minutes. The arbitration went badly on the French side; PSG filed a complaint with UEFA, the organizer of the competition, a procedure that was dismissed. Since then, relations between PSG – who recruited Neymar in the summer of 2017, one of the architects of this crazy evening – and Barça have often been frosty. And the word “remontada” entered the Larousse dictionary in 2021.

Countertop discussions can be expensive. The former Minister of health and sports (2007-2010) Roselyne Bachelot, once a converted columnist on D8, had the bitter experience. During a broadcast on March 8, 2016, she lamented the lack of transparency in tennis on the issue of doping. “Positive controls are not revealed”, she said. Before adding : “It is even roughly known that the famous injury of Rafael Nadal, which led to seven months of stoppage of competition [en 2012-2013], is most certainly due to a positive control. » The Nadal clan is indignant and files a complaint. On 16 November 2017, Ms Bachelot was ordered to pay 10,000 euros in damages to the Spaniard for defamation.

A joke short of the Pyrenees, an unworthy fault beyond. On 6 February 2012, cyclist Alberto Contador was suspended for a positive test during the 2010 Tour de France. That day, “The Guignols de l’info” took the opportunity to mock the Spanish champions. A sketch shows the muscular Rafael Nadal urinating in the tank of his 4 × 4, before being flashed by the police at 280 kilometers per hour. Outcry in Madrid, where the Foreign Minister talks about “deep ethical fault”. For any mea culpa, on February 8, “Les Guignols” features Spanish sportsmen, including the tennis player, signing a petition in support of Contador, with syringes instead of pens. And the puppet of PPDA to comment : “The only thing that is not boosted in Spain is their economy. »