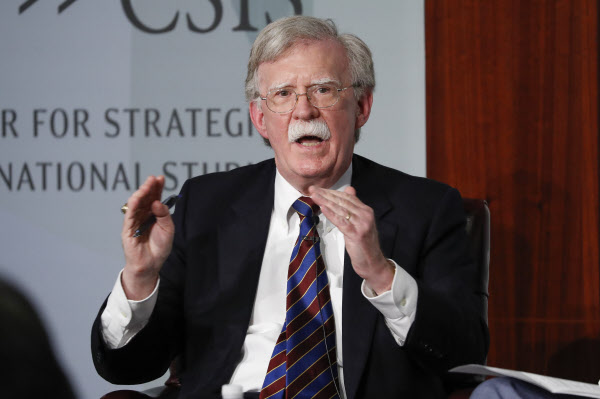 Former White House National Security Adviser John Bolton voiced that he wrote the truth about a North American diplomatic revelation in his memoir’The Room That Happened’ in a recent memoir. It was a refutation of the criticism that the Blue House was distorted when Bolton presented a revelation about the Panmunjom meeting in June of last year.

Bolton made his claim on the 23rd (local time) in Fox News”Special Interview with Brett Buyer’. In this interview, Brett Bayer asked Bolton’s thoughts, commenting on Bolton’s memoirs, commenting that “they are distorting much of the facts” of the chief of the National Security Office of the Blue House for Justice. Jung pointed out that Bolton suggested in a book that the 2018 North Korea-North Korea summit was held in Singapore. Yun Do-han, chief of public relations at Cheong Wa Dae, also criticized the distorting of the sincere and constructive discussions between the ROK-US summit on the Korean Peninsula’s peace and inter-Korean relations based on their own prejudices and preconceptions.

In response, Bolton said, “If you don’t write the truth about points that could affect the behavior of Korean or American voters, it’s disservice to them.” However, “You (at the time of your tenure) said that the Singapore-North Korea summit was successful.Didn’t you look at it?” did not give a special answer to the buyer’s question.