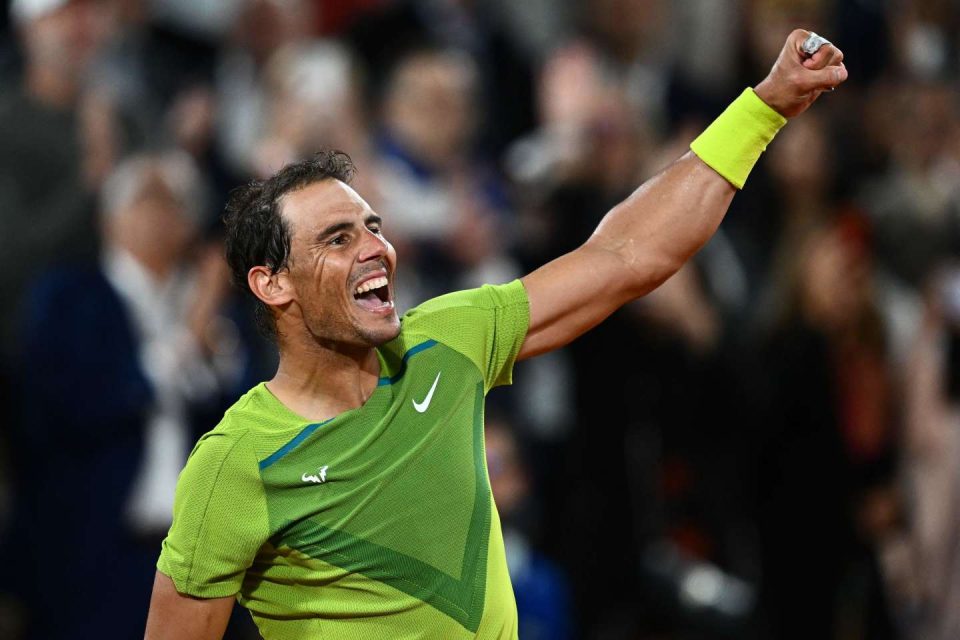 As a child, Corentin Moutet fell asleep with Rafael Nadal’s tank top as pajamas, as he confessed to journalists, after his victory in the first round of Roland Garros. On Wednesday, May 25, at the time when wise children go to bed, the 23-year-old Frenchman had decided not to be lulled by his youth idol, on the Philippe-Chatrier court. Before rubbing shoulders with the master of the premises, thirteen-time winner need I remind you, the little left-hander (1.75 m) with the velvet paw claimed not to have the tachometer at zero : “I don’t dread anything at all. I go there to win, I’m a competitor, that’s my job. »

Dispatched in three sets (6-3, 6-1, 6-4) by the Spaniard, the gala evening unfortunately turned short for the Parisian, as for the 15,000 spectators. For the second year, the tournament is scheduled on the Central of the night sessions (from 23 to 1er june), which give rise to a separate ticket office. After a launch in 2021 spoiled by the closed doors and then the restrictive gauges imposed by the health situation, this time, the public is in the game – and once is not customary, including in the dressing rooms.

To heat it up before the players entered the court, the tournament called on DJs – Etienne de Crécy, Yuksek or Jabberwocky, among others. “We want these evening sessions to be an event, a show. And let it become an unmissable Parisian evening during these ten evenings”, Amélie Mauresmo, the tournament director, was excited during the presentation of the tournament in March. On Wednesday evening, the Fine Team did what they could at the turntables but the Parisian gloom did not allow to ignite the Chatrier, with the roof folded.

Diving into the unknown

Neither is the script. This match was a dive into the unknown for the current 139e who had earned the right to face the Spaniard in the second round by eliminating another winner of the tournament on Monday, the returning Swiss Stan Wawrinka (2015). Moutet had never faced the Spaniard before, or even hit the ball with him in training. Hampered for three months by a tendinitis in his wrist, the Frenchman had landed Porte d’Auteuil with two fleeting appearances in Challenger (the second division of the circuit) for any preparation on the crushed brick.

For the Spaniard, too, this edition is one of those where he presents himself with the least certainties. No titles this year on his favorite surface and, for the first time since 2004, no Masters 1000 finals on these European lands that he has long made his own (Monte Carlo, Madrid, Rome).

After a thunderous comeback at the beginning of the year, a victory at the Australian Open synonymous with a 21e a record Grand Slam title and a streak of 21 consecutive victories, the enchanted bracket abruptly closed. A rib injury in Indian Wells at the beginning of March forced him to spare himself until the Madrid tournament, where, for the first time, he gave up arms against his compatriot and announced successor, Carlos Alcaraz, in the quarterfinals. The week after, in Rome, he finished his eighth final grimacing and limping against Denis Shapovalov.

At almost 36 years old (he will celebrate them on June 3), Nadal is once again caught up with this ailment that has been gnawing at his left foot since 2005. “I’m not hurt… I live with an injury [le syndrome de Muller-Weiss], he rectified in front of the media after his loss to the Canadian. There is nothing new. There are a lot of days when I can’t train normally. It’s a pain that comes and goes. Sometimes stronger, sometimes less. »

The former world number one has learned to deal with this pain that is martyring him a little more every day, but no longer seems very far from the breaking point. Because she spoils his daily life far beyond the tennis courts. “There will come a time when my head will say stop, because the pain takes away the pleasure from me. Not just for tennis, in life. »

“I stop making predictions about Nadal”

On Monday, all eyes were glued to his duck blue shoes for his entry into the competition against Australian Jordan Thompson. The movements and the score of the Mallorcan (6-2, 6-2, 6-2) to sign his 106e victory at Roland Garros – a record in a Grand Slam event so far held by Roger Federer (105 at Wimbledon) – prompted optimism.

On Wednesday, under the eyes of his uncle Toni, advisor to the Canadian Félix Auger Aliassime, the Spaniard was still far from being settled. But he has such a margin over most of his opponents, that a Nadal even at 75% of his means remains a player by too dangerous.

The new director of the Paris Grand Slam, Amelie Mauresmo, does not exclude the Spaniard from the list of contenders for the Musketeers Cup : “I remember 2020. The playing conditions were supposed to disturb him, with autumn and rain, heavy clay, (…) still, he didn’t lose a set. I stop making predictions about Nadal, she said, when asked on the sidelines of the draw about the favorites of the men’s draw of this 2022 edition. When he’s here, most of the time, things are going very well for him. »

“The pain is still there. The question is not whether it will disappear, but whether it is too strong or not, whether it allows me to play with real chances of winning or not, said the interested party on the eve of his entry into the contest. And if I didn’t believe it, I probably wouldn’t be here. » Sincere conviction or excessive optimism? The rest of the tournament will tell.