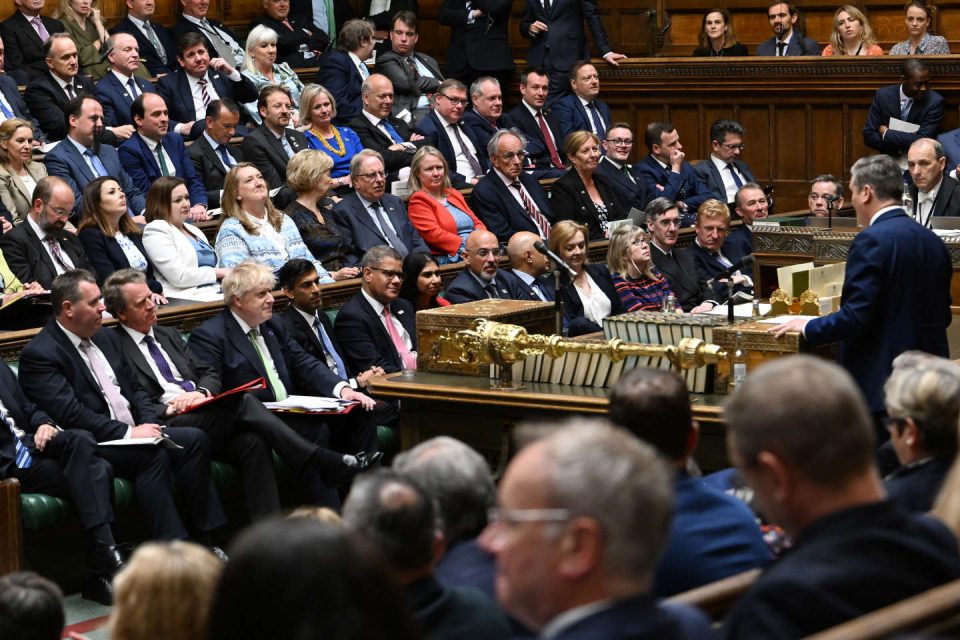 Lthe soaring energy prices and the threat to purchasing power have never been more serious, in the UK, since the 1950s. So much so that the Conservative government of Boris Johnson does not rule out, in defiance of all liberal propriety, imposing a windfall tax on the superprofits of energy suppliers, and in particular oil companies, enriched by prices of black gold and gas, and very generous for their managers and shareholders.

Objective, “supporting households”. They may well need, in the coming months, such an “energy shield”, introduced in France with the capping of the increase in electricity at + 4% and the help of 18 cents per liter of fuel, financed by the State. The Labour opposition, trade unions and associations have been calling for weeks for this surcharge, which was first rejected on 18 May by the Tory majority in the House of Commons.

We don’t penalize business investment, she argued, echoing the argument of the energy sector. On the Conservative benches, a few discordant voices nevertheless rose to denounce salaries and bonuses of managers who have become, in the unflattering expression of MP Robert Halfon, the “new oligarchs”.

A chancellor in the crosshairs

Companies could escape the surcharge – so far ruled out in France – if they increase their investments in North Sea hydrocarbon fields and offshore wind, the Johnson government is considering. As winter approaches, the energy bill of the British will increase by another 42%, a charge that will be added to the soaring food prices.

One minister is in the crosshairs of the opposition: the Chancellor of the Exchequer, Rishi Sunak, whose fortune reaches 856 million euros. Never had a prominent politician been on the list of the Sunday Times listing the wealthiest people in the country. This ex-hedge fund manager recently claimed, in front of industrialists, that“no government law can make these global forces disappear overnight”.

Read also : Article reserved for our subscribers In the UK, the Chancellor of the Exchequer, Rishi Sunak, in turmoil

In a country where 6.5 million households suffer from energy poverty, inflation has reignited the debate on inequality. The High Pay Centre, a think tank on high earners, calculated that if household wealth had grown at the same rate as that of the top twenty on the rich list between 2010 and 2020, the average family would have 205,000 pounds more. “The next few months will be difficult”, warned Mr Sunak. Not for everyone.