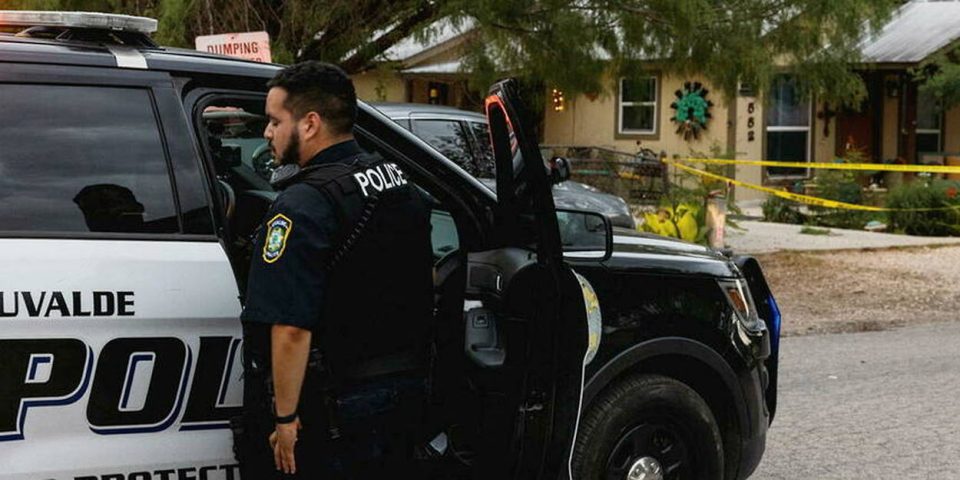 Uan 18-year-old American opened fire at an elementary school in Uvalde, Texas on Tuesday, May 24, killing 21 people, including 19 children under the age of 10 and 2 female teachers. The teenager, who owned two assault rifles (it is not known whether it was these weapons that he used to carry out this massacre), was shot dead by law enforcement officers after barricading himself in the facility, several US media reported, including CNN and the New York Times.

The shooter was quickly identified as Salvador Ramos, an 18-year-old American who had recently shared photos of weapons and ammunition on his social networks.

A former classmate, with whom he still played online video games from time to time, also told CNN that he had exchanged messages with him four days before the shooting. “He sent me a picture of the gun he was using… and a backpack full of ammunition,” he explained to the American channel. “I asked him : Bro, why do you have this? And he answered me : Don’t worry about it. Then : I’m very different now. You wouldn’t recognize me. »

Harassed when he was younger

According to several American sources, Salvador Ramos was the victim of harassment during his schooling. Which his former classmate, who wished to remain anonymous, confirmed with CNN. He explained that the shooter’s family was in serious financial difficulties, and other students made fun of him daily because of his attire. Reason why he would have “slowly dropped out of school,” according to this witness.

TO READ ALSOmarch 24, 1998. The day two schoolboys duck their mates

In addition, the US authorities were able to confirm that Salvador Ramos had been a student at the school where he perpetrated this mass murder. According to the New York Post, he even confided in a woman on Instagram about this disastrous project.

His ex-boss at Wendy’s, a fast food restaurant he worked for for a year before resigning a month ago, described him to the New York Times as someone who is quite calm, taciturn, and especially set back from the rest of the team. “My employees talk to each other a lot and are friends. He wasn’t like that. No one really knew him. »

The tragedy has just taken place and we do not yet know the final assessment, but investigators are already working to establish the profile of this 18-year-old teenager as well as the reasons for his passage into the act.

“The Johnson government is not ruling out, in defiance of liberal propriety, taxing the superprofits of energy suppliers”