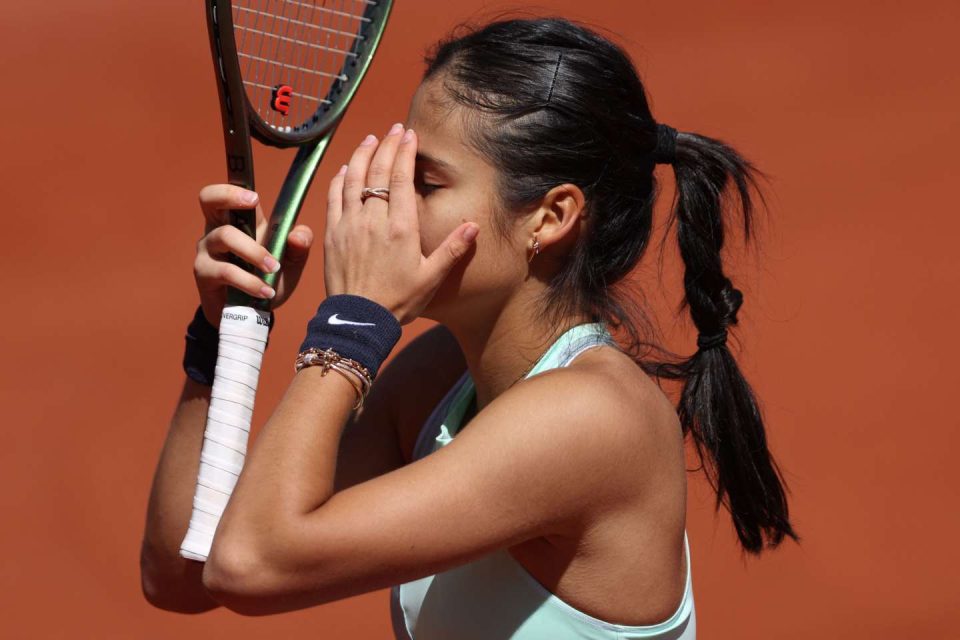 The second round of the Roland Garros tournament began on Wednesday, May 25. Five Frenchmen are in the running: Elsa Jacquemot, Richard Gasquet, Grégoire Barrère, Diane Parry and Corentin Moutet who will face Rafael Nadal in a night session on court Philippe-Chatrier.

France has always liked to see heads fall. This Wednesday is the one ofEmma Raducanu (12e in the WTA ranking) that the Belarusian Aliaksandra Sasnovich, 47th player in the world (3-6, 6-1, 6-4. The Briton, the surprise winner of the 2021 US Open after coming out of qualifying – a first in a Grand Slam –, has been accumulating, since then, sports disillusionment.

“I am so looking forward to these big events”, she said, however, with a smile, when she arrived at Porte d’Auteuil, Friday, May 20th. The young 19-year-old player, whose first participation was in Paris, will have plenty of time between now and Wimbledon (from June 27 to July 11) to honor the ten advertising contracts that would bring her around 10 million pounds a year (about 11.7 million euros).

Felix Auger-Aliassime took only one bite out of Argentina’s Camilo Ugo Carabelli (6-0, 6-3, 6-4). It is true that, on paper, the struggle seemed unequal. The young Canadian, who had scared himself during his start on the Parisian ochre – qualifying in five sets against the Peruvian Varillas – this time did not experience a delay in ignition: clear victory and without dispute

Auger-Aliassime, ninth in the ATP rankings, will face the winner of the Gojo-Krajinovic match in the round of 16. In short, another round of lapping for the Quebec nugget.

Victoria Azarenka defeated Andrea Petkovic of Germany in straight sets (6-1, 7-6) without any problems on Wednesday. The Belarusian player, former world number one dropped back to the 15e place in the WTA rankings, will face in the next round the Swiss Jil Teichman, winner earlier in the day of the young Serbian Olga Danilovic (6-4, 6-1).

Victorious in the forceps against the Japanese Taro Daniel in the previous round, the Frenchman Grégoire Barrère did not, this time, work a miracle against the American giant (2.08 m) John Isner and his overpowering serve. Defeat with honors (4-6, 4-6, 6-3, 6/7) however for the 210e mondial, which had benefited Porte d’auteil, from an invitation from the organizers.