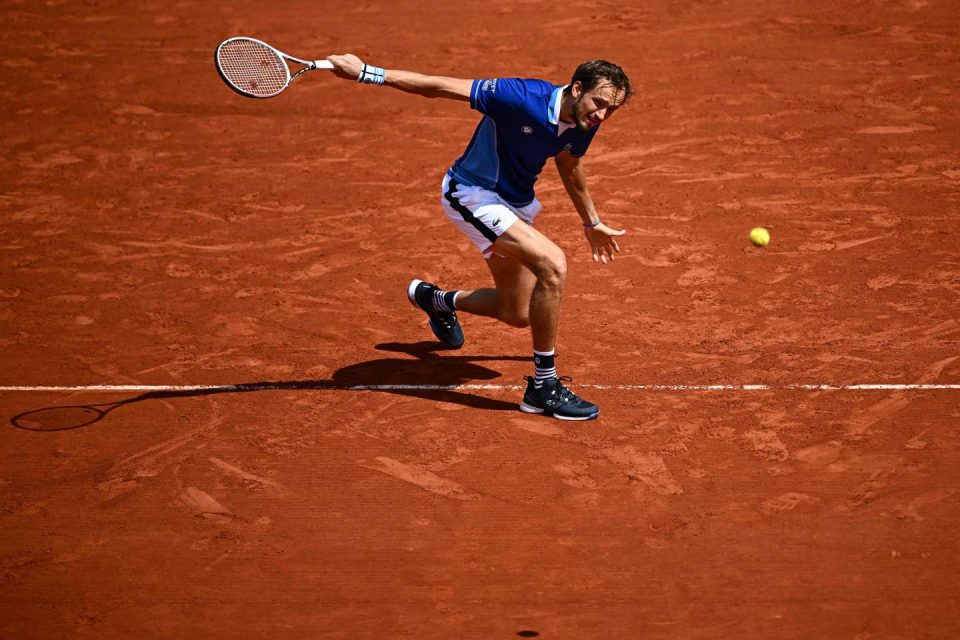 Since the opening of the 2022 edition of Roland Garros, the Grand Slam tournament has been buzzing with conversations that have little to do with what is happening on the Parisian clay. The announcement by the ATP and WTA tours (the players’ associations that govern men’s and women’s tennis, respectively) on Friday, May 20, that they would not award points at the Wimbledon tournament, in response to the London tournament’s decision to exclude Russian and Belarusian players, has plunged the tennis world back into debates that have occupied it since the beginning of the Russian invasion in Ukraine at the end of February.

This decision, which turns Wimbledon – one of the most prestigious tournaments on the planet – into an exhibition that does not count for the ranking of players, will trigger a stir in the world ranking, because, every year, players have to defend the points obtained in the previous year’s tournaments.

Read also Article reserved for our subscribers Endgame for Novak Djokovic in Australia?

“On a personal level, this is going to affect me negatively”, thus recognized the London titleholder, Novak Djokovic. Already prevented from defending his Australian Open crown due to his vaccination status, the Serb could lose his world No. 1 spot after Wimbledon, to Russia’s Daniil Medvedev. And this even if he manages to retain his title on the grass of the English Channel.

But the latter does not hold rigor to the institutions of his sport. “I’m glad the players and the ATP got along, to show the Grand Slams that, when they make a mistake – and Wimbledon made one – there are bound to be consequences”, insisted the one who hunts, porte d’Auteuil, his 21e grand Slam title.

In Paris, no flags, no mention of the country, no anthem

Still, the debate is tense behind the scenes. In this individual sport, many people regret that they were not consulted. “Intention is good, but realization is anything”, Japan’s Naomi Osaka estimated on Monday, considering not contesting “this tournament, which looks like an exhibition”.

Never the last to express his thoughts – on, as well as off the courts – Benoît Paire burst into the debate after his defeat in the first round to the Belarusian Ilya Ivashka, on Tuesday. “I feel sorry for the Russians and Russia, but they are the ones who fucked up the mess. All ATP players from other countries are penalized”, fulminated the Frenchman. Stressing that “99% of players want points and play a normal tournament”, Pair wonders “if the ATP defends the players or Russia instead”.

This debate around the points almost overshadows the question that triggered it: should Russian players be allowed to compete in the Grand Slam tables? Unlike Wimbledon, which had chosen at the end of April to ban them to prevent the Russian regime from being able to get the slightest benefit from their performances, Roland-Garros welcomes many Russian or Belarusian players, in accordance with the decisions of the French government.

“We will apply the strict neutrality that is requested [aux joueurs russes]. No flag, no mention of the country, neither on the boards, nor on the signs, no anthem, exhibited Amélie Mauresmo, interviewed before the competition by Eurosport. But we don’t want to punish the individual. »

This choice was welcomed by the tour, but received with bitterness by the Ukrainian players. “To allow a Russian tennis player to take part in the tour is to propagandize the Kremlin, which politicizes the sport”, exhibited Elina Svitolina, in early May.

The WTA, which governs the women’s circuit, had been praised, at the end of 2021, for standing up to China during the Peng Shuai case – a Chinese tennis player who disappeared from the radar after accusing a high-ranking official of the regime of rape. “The WTA has really been active on this issue, not hesitating to stop all its tournaments in China, it was very brave, greetings Svitolina. And now, while we are talking about an even worse situation, an ongoing war, they are not doing anything. »

At Roland Garros, her compatriot Lesia Tsurenko, eliminated in the first round by the world No. 1, Iga Swiatek, poured out on the loneliness of the Ukrainian players. First of all grateful to Wimbledon, they would like to receive more support from the tour, starting with its big names.

“In fact, you are not interested in my match at all! »

“For them [les joueurs interdits de participer au Grand Chelem londonien], it’s like they’re losing their jobs, she huffed. But I feel a lot of terrible things and, compared to that, losing a chance to play in a tournament is nothing. »

For their part, the Russian players are struggling to conceal their irritation at being, again and again, brought back to war. “In fact, you are not interested in my match at all! », Karen Khachanov, on Sunday, after her first-round victory to a reporter asking her about the ATP decision. “I would be lying if I said that the situation does not affect me, recognized the world No. 25. Everyone says that we [les joueurs russes et biélorusses] are responsible, even if we are not. »

“You know, the war is at the gates of my country, so, I don’t care a bit about points and rankings”

Urged – by the Ukrainian players – to take a clear stand against the regime of Vladimir Putin, the Russian nationals of the circuit are walking on eggs. It is difficult to express yourself when your actions are scrutinized by the authorities of your country as well as abroad. “If I say one thing, I will be criticized, if I say the other way around, it will be criticized”, pointed out the Belarusian Victoria Azarenka, former world No. 1.

Read also : Roland Garros: off the courts, Russia’s Andrey Rublev steps up to the net

Like the other players concerned, the world No. 2, Daniil Medvedev, does not intend to take the Wimbledon case to the Court of Arbitration for Sport. “There might be room to file an appeal; but these decisions [concernant les joueurs russes à Wimbledon] are not within my purview and I will not go to court for that”, Medvedev clarified, upon arrival in Paris.

All these questions may seem futile in relation to the situation in Ukraine. The big favorite of the tournament among women, Poland’s Iga Swiatek tried, on Tuesday, to refocus the debate. “You know, the war is at the gates of my country, so I don’t care a bit about points and rankings”, insisted the world No. 1, who has been playing for three months with the colors of Ukraine pinned to the cap. “I know that Russian and Belarusian players are not responsible for what happens in their country, but sport is often instrumentalized by politicians. »

Aware that as athletes, she and her fellow racegoers have an impact on public opinion, the one who won the 2020 edition of Roland Garros concludes : “It would be nice if the decision-makers made decisions that would stop Russian aggression. »

Read also : Article reserved for our subscribers With the war in Ukraine, Olympism oscillates between realpolitik and hypocrisy